Hullukudi Betta ie. Hullukudi Hills, a calm, quite and serene place near Bangalore on Doddabalapur-Dobbaspet road.

The place has been famous for a small, but very old cave temple dedicated to Sri Veerabhadra swamy. There is also a some remains of an old fort.

There is some history around this place which we read on inetrenet and tried to ask people around. It is believed that Lord Shiva (lord veerbhadra) and Lord Narashimha had an argument on who will stay at this place. Later Lord Shiva took this place and he has been worshiped as Lord Veerabhadra since then. It is also believed that during February festive season a snake comes to this temple and sits around the legs of Lord Veerabhadra’s statue.

However, this is also gaining ground with armature trekkers as it offer a very good trekking opportunity. As soon as we reached there we saw some steps going up and hence took that, however speaking to people around we came to know that the steps have been laid down recently. We also saw that at many place the steps are yet to be laid or carved out and hence need to be carefully trek that area.

It is said that Chola Kings found this shiva linga and Nandi and formed temple here. They did also build a small fort and watch towers, though only remains are seen now.

Around the cave temple, now a wall has been built and painted.
Being at the top of the hill, this temple offers a panaromic view of the city around. The jungles are believed to have medicinal plants and flowers

We also spoke to the priest of the temple and he mentioned that this temple is thousands of year old. The trek till the temple has been difficult, and hence the temple trust decided to lay steps to reach to the temple.

The original route to reach the temple is different. He mentioned that there is a huge bull statue on the way. There is also a huge round shale monolithic stone know as butter ball which can also be seen there. As we were with kids, we preferred not to take that route.

The best time to visit this place is in winter or early mornings as climbing up can be very tiring when it is sunny.

Make sure that you are wearing proper shoes and carrying water and some snacks as you will not find anything on the way.

Reaching Hullukid hills is very easy. You can take Hesargatta road or go via Doddabalapur. We preferred to take Doddabalapur route as its pretty easy and road condition is very good throughout.

1. Reach Hebbal
2. Head towads Yelahanka New Town (Take service road towards new airport)
3. Take left near Yelahanka Old town and head towards NES
4. From NES, take Yelahanka Doddabalapur Road (also called as SH9).
5. Drive on Yelahanka Doddabalapur Road till Doddabalapur town “D-Cross” cricle.
6. Take left on D-Cross towards Doddaspet
7. Drive straight on this road and you will reach Doddabelavangala village (around 15 Kms)
8. Watch out for Doddabelavangala Police Station on left hand side. On the right hand side, there is a school. Just before the school a road goes towards right. Hullukudi hills is around 6 kms from here.
9. Keep going straight. You will cross couple of villages on the way. During first (small) T junction, take a right and next T junction take a left.
10. Around 1 Km from here, you will reach Hullukudi hills. 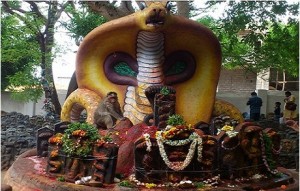 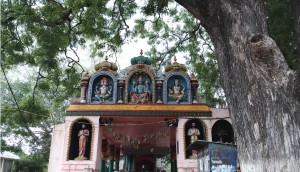